Musicians throughout time have created audio art that’s transcended the confine definitions that are placed on genres. That fact is even more prevalent now in a time where most music no longer belongs to solely one category. Rather, sounds fall into an omnipresent gray area of hybrid genres. Multi-talented artists such as Luis Dubuc, better known as Mystery Skulls, are bringing next level production that combines a little pinch of everything there is to value about well-composed music overall. “I’m the biggest music fan. Not listening to every genre is like literally going to a buffet and having one thing. From my perspective as the ex-record store employee, I think everything (music) is all to be appreciated,” Luis says. After all, it’s his gratefulness for music that’s steered the route of his career – starting with his former record store employee days, to playing in a metal band, leading to his electro-soul dealings of The Secret Handshake before arriving to his current Mystery Skulls project. Luis adds, “They’re all versions of myself, but I think this is the most mature one.”

The reformed metalhead-meets-electronic instrument wielding artist is set to release his debut album, Forever (via Warner Bros. Records), on October 27th. The album features some noteworthy collabs with singer Brandy and the legendary Nile Rodgers. Drums, guitars, keyboard, singing – Luis does it all and he has an array of life experiences that serve as lyrical ammo for the soul throughout Forever.

Life + Times: I’m very excited about this new album! I was looking at some of your posts on Facebook and you had posted a picture a little while back of Brandy and Nile Rodgers. So, you have to tell me how those collaborations came about. I know they weren’t together, but separately.
Mystery Skulls: Totally. It’s so random. So for example, the Nile thing was amazing. He called me out of nowhere.

L+T: What?
MS: Yeah! He got my number from this guy that I knew. This dude I knew was like, “Hey, I’m gonna hang out with Nile later, blah blah, I showed him your music.” I was like, ‘Oh, that’s so cool.’ I’d say, I don’t know, maybe about an hour or so later I got this call and he was like, “Hey! This is Nile Rodgers.” He was like, “I want to meet you” and all this stuff. We end up hanging out that night out here in LA. It was dope. It was super cool. We became friends and that was before I signed to a label. He was like, “No matter what happens, I want to work with you.” So we ended up working together. We did a big show together with Avicii. It was crazy. It was really intensive and awesome.

Then, sort of separately around the time that I signed to a label (Warner Bros. Records) they had asked, “On your record if you wanted to do any features, who would you have if you can have anyone?” I was like, ‘Well, I made this song, you know, for Brandy. It’s kind of a Brandy style song.’ I remember they were like, “No, really. Who do you want?” (Laughs) I was like, ‘For real – Brandy.’ So they sent her the song and she heard it and she loved it. She was like, “Absolutely, I’ll do it.” So then she came in. It was amazing because she sang on a song called “Number 1” and then after she sang on the song she said, “Hey, they played me this other song of yours. I really want to sing on that one too.” I hadn’t finished it yet. So, she ended up singing on two songs – which is really amazing and really cool. It happened really naturally. It came out amazing. It made for some really great music on the record for sure. 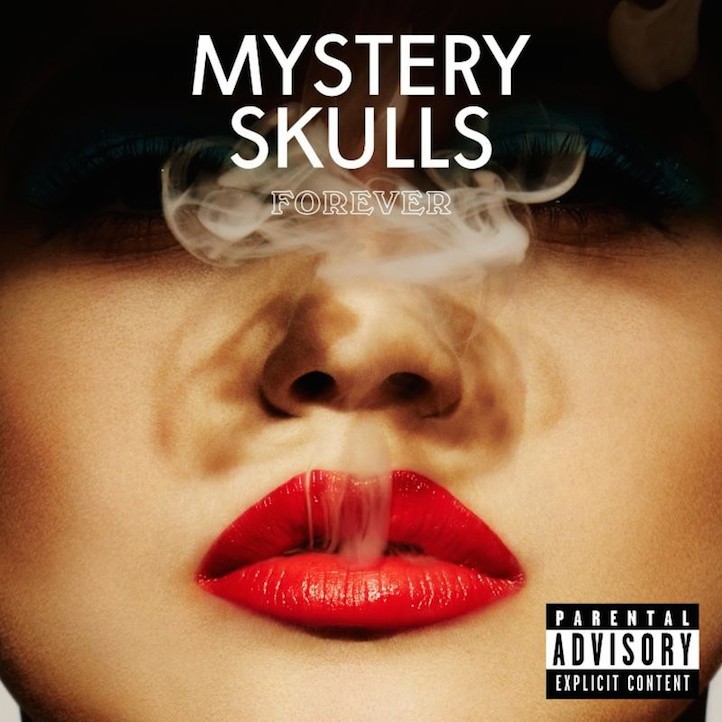 L+T: What crazy stories! Both are very random and totally not related. That’s a huge compliment that Nile hit you up to work together. That’s massive.
MS: Absolutely and like I said, we became friends. I think that was, like, a big part that we were sort of both interested in the same types of music. It was just cool. He is such a great person and he really helped me for songs that he’s on and our level of song that I didn’t even know that I could do, but he brought it out. So, it made for really special music.

L+T: When you say “level of song,” in what sense creatively? Melodic?
MS: I mean, yeah, both actually – creatively and melodically. He has such a style and you hear it on all these old, great records. So to hear that style, that guitar, you know – the Nile Rodgers guitar – on my record and then to hear Brandy singing background it’s amazing. It really is. I felt very lucky to have had that opportunity and I feel very proud that it came out the way that it did. It was really kind of intimidating to have Nile come out of nowhere and say “I want to work with you.” Like, oh shit, you know? Am I good enough for this? It’s crazy. It just turned out so great. I’m so proud. It’s such a great record. It came out so good. 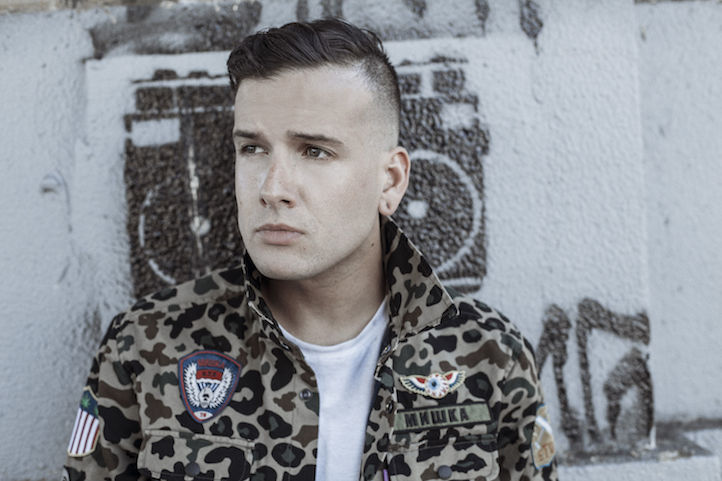 L+T: Very cool. I’m looking forward to that. You said in a past interview that you have such a versatile style that doesn’t really fit into one genre. I agree with you on this. You also brought out that one time you actually sang and it cleared the dancefloor. Then, you’ll perform at a different club and sing, and the dancefloor fills up. How do you handle the uncertainty of whether or not a crowd will warm up to your style of music?
MS: Umm, I mean, you obviously just go up there and do your best. It just depends on the setting, you know. I think sometimes people just want to hear the jams. They want to hear the songs they know. Then other times I think people are ready to experience something new and to hear songs they have never heard before. So, I think it’s just really finding the balance. That’s where it has been really cool for me just because I’ve been doing these sort of split sets lately where I’ll DJ for like 30 minutes to set the vibe, you know, and play dope music that sort of sounds similar to Mystery Skulls. Then, I’ll perform and I’ll just go straight into my performance. I start singing [and] start chopping it up. People really like that.

I totally see how it sometimes catches people off-guard, but I’m so proud of it especially when it goes over really well. It’s such a good feeling, you know, to have an entire crowd instantly warm-up to you. Then again, I only have one song out. That’s it as well. People don’t really know my music yet. They may know the one song I’m gonna drop in the set, but they may not know the others. I think once the record comes out, then it may be completely different. So, we’ll see.

L+T: Well, this isn’t your first time composing and producing music. You were part of The Secret Handshake and also in a metal band. What would you say is the biggest difference between this project, Mystery Skulls, and the past two with how you’ve approached it creatively in process?
MS: I think with this project, I was ready. They’re just different stages in life. So, obviously when I was making metal, that was the only music I was good enough to make. So, it was basic. The second project that was as good as what I could do then. This project (The Secret Handshake), I was very young and they (songs) found life on the Internet, so it was really interesting. So, people gravitated to those songs. I don’t know that I was necessarily a well-rounded musician yet. I hadn’t really put in my 10,000 hours. So I think with Mystery Skulls, I moved to LA, I was in the studio daily for two years working with everyone, [and] I wrote for other people. I did music for movies, commercials, and just really grinding it out. I kind of started from sort of nothing again. I think really doing that at this sort of stage in my life with all the things that I know and all of my influences…that’s why it came out as great as it did and sounds as good as it does – it’s because of that.