In honor of the 20th Anniversary of the Wu-Tang Clan’s seminal debut, Enter the Wu-Tang: 36 Chambers, Amanda Seales (formerly known as Amanda Diva) is taking on a new role as “Killandra Bea,” the star of Mo’ Betta Wu – a collaborative live music production arranged by genre-traversing pianist Kris Bowers.

Seales, a veteran artist, renowned for her various stints as a television host, DJ, vocalist and comedienne, is known to carry a deep appreciation for the Wu’s cultural impact. Bowers, is an accomplished musician at 25, who holds a Masters degree in jazz performance from the Julliard School. He made his debut on Watch The Throne after winning the Thelonious Monk Jazz Competition in 2011. Fresh off of her successful one-woman show, It’s Complicated: Hilarical Answers to Serious Questions About Love and Death of the Diva, Seales accompanied by Bowers – who recently released his debut album, Heroes + Misfits – delivers an unforgettable presentation with Mo’ Betta Wu.

Supported by a four-piece band –named The Shinobis – the duo pays homage to the Shaolin crew, orchestrating a set that infuses humor, jazz interpretations and legendary Wu-isms to remix classics like “C.R.E.A.M.,” “All I Need,” and “Rainy Days.”

Hours before the show is set to premiere at (Le) Poisson Rouge in New York City, Life+Times caught up with Seales and Bowers to rap about #MoBettaWu, musicianship and discuss why Wu-Tang Clan still ain’t nothing to fuck wit’.

Life+Times: What made you want to create Mo’ Betta Wu?
Amanda Seales: I’m always looking to create unique quality stuff and with Mo’ Betta Wu, it was more so that I just love Hip-Hop. It was almost like I was given an opportunity to extend the life of something that I already love. It’s a whole other space for it to grow and live in and still be connected to something genuinely dope. I also feel that it is my creative and moral obligation to curate dopeness from something that could be forgotten and keeping it alive.

L+T: Do you seek approval from the Wu to create this show?
AS: There was a conversation had – and I was encouraged to go forth with my creative vision. I kind of wanted to let this happen organically and let it grow into what it can be before bring the members in. It’s still finding it’s legs, and it’s freshness, so I want it to stand on its own first. 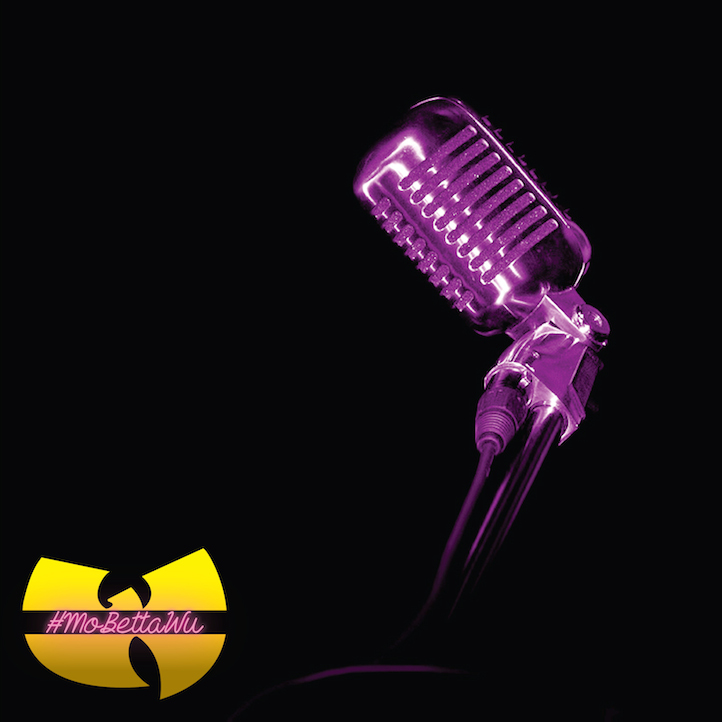 L+T: How did you connect with Amanda, Kris?
Kris Bowers: Amanda and I connected through Twitter. She started following me and then randomly hit me up and asked me if I had time to talk about this project that she had in mind. She got my name and info actually from Q-Tip, because I had done some work with him, and she, I guess was looking for a collaborator for it and he recommended me. We later had lunch at Whole Foods and she broke it all down.

L+T: What was your initial reaction when Amanda first introduced the concept to you?
KB: I thought it was dope. I definitely have grown up having listened to a lot of stuff outside of jazz, if not more. I’m all about the idea of combining these two genres that I am really in love with. [With] these two forms of music, especially on the jazz side, a lot of people don’t have much respect for Hip-Hop – mainly the older generation – they don’t really consider it music or feel it has enough content to really be taken seriously, so it’s great to be able to marry these two worlds that a lot of times are seen as opposing – at least on the jazz side, because I think Hip-Hop heads have more respect for jazz, than jazz people have for Hip-Hop.

L+T: How did you come up with the name, Mo’ Betta Wu?
AS: Honestly, I love the title because it exemplifies, exactly what the show is. Wu. Jazz. It’s definitely not to be taken literally, like this is a better version of Wu-Tang. It’s suppose to be taken as a illusion to one of the great jazz films of the ‘90s and the melding of that with one of the great rap albums of the ‘90s.

L+T: Killandra Bea is an interesting character. How did she come about?
AS: I didn’t want to do a show where, I’m just standing, singing songs. I needed to create a character to contextualize why someone would be singing Wu-Tang songs as jazz, because I feel like that’s way more interesting than just ‘that’s sounds cool.’ Killandra Bea is that. She also serves as a voice to speak on the melding of the jazz and Hip-Hop. It took a while for me to find her voice. I didn’t find it until I saw Audrey McDonald perform as Billie Holliday on Broadway, and that was what tipped the scale and made me find the inspiration to know exactly who Killandra Bea is, and to find what her purpose is to marry into this project.

L+T: What message do you hope to get across with Mo’ Betta Wu?
KB: I came to Wu a little bit later in life. A lot of their stuff came out when I was a young, so I wasn’t even around when the first album came out. Enter the Wu-Tang came out in ’93. I was like 4-years-old [laughs]. For me to hear and grasp 36 Chambers, I had to come back to it, so hopefully this show will get my generation to do a bit more of that. To inspire those who didn’t grow up it impacting their lives as much as others. I just hope that this show changes the perception of the listener does what the [original] Wu songs did for that generation of Hip-Hop heads and artists.

L+T: Let’s talk about that more, Kris. You’re a ‘90s baby. From L.A. Wu-Tang is a New York collective. Do you recall the very first time that you discovered their brand of Hip-Hop?
KB: Probably when I was in high school. The thing for me was I didn’t have an older brother, but I had older cousins – one of whom is the rapper Murs. I grew up looking up to them and they introduced me to a lot of early Hip-Hop. My parents were protective of what I listened to; so one of them brought me The Chronic by Dr. Dre, and my parents made them return it and get me the clean version cause they weren’t happy with the fact that I had that album, but they were even more upset that I had the explicit version. So I would say around middle school was the first time I started hearing Wu-Tang’s music.

L+T: What was your first experience with the WU, Amanda?
AS: I’m from Orlando, so I really didn’t get put on to Wu-Tang when they first came out by the nature of my surroundings. I was put on to No Limit and Cash Money. I really became immersed in Hip-Hop when I moved to New York and started going school at SUNY Purchase. I got a Columbia House membership and I ordered like 16 classic albums. One of them was 36 Chambers, and that’s when it all went down. I just feel in love. Amongst the albums I ordered were, Goodie Mob’s Soul Food, Raekwon’s Only Built 4 Cuban Linx, Outkast’s SouthernPlayisticCadillacFunkyMuzik, but 36 Chambers really stood out because I was so naturally attracted to southern Hip-Hop, and it sounded like nothing I really heard before. That’s when I really fell in love with the Wu.

L+T: What was one record that stood out to you the most?
AS: “Da Mystery of Chessboxin,” because the sample that RZA uses, doesn’t sound like no hip-hop shit [Laughs]. It sounds like clockwork or something. And every verse is hard. Even U-God! That’s he’s best verse. Real rap!
KB: Amanda and I were talking about this earlier. The first track I gravitated to was “M-E-T-H-O-D Man.” At the time, I was aware of Method Man a little bit more. I wasn’t aware of his connection with Wu-Tang when I first discovered him, so that was the first tracks that got me into it. Then “C.R.E.A.M.” and all that stuff, those were the first ones that I started checking out.

L+T: Kris, you made your hip-hop debut on Watch The Throne. Now you’re representing the Wu with this jazz rendition. Are there any plans to contribute more to the culture?
KB: I’d love to. I’m still working with Q-Tip on some stuff and hoping to develop more of that, but I’m kind of open for whatever. Working with him is the most direct thing that I have going on, but I’m trying to get into that world a little bit more. I would love to do something with Kendrick Lamar. I did solo piano cover of his track “Rigamortis,” and put it on YouTube. I would love to work with him or members of the Black Hippy crew, Ab- Soul and ScHoolBoy Q, or even some of the Odd Future guys, Earl Sweatshirt and guys like that. These days, I listen to many styles of music, including hip-hop, arguable more than jazz, so I’m always open to playing some more of that stuff.

L+T: Are there any long-term plans for Mo’ Betta Wu?
AS: Ideally, we would like to take it to the people and do more performances. I’m really a strong believer in that there’s a lot of over saturation of mediocrity and wackness; so when you have something dope, it’s your moral obligation to get that to as many people as possible. There’s also the opportunity to expand the repertoire and have other classic Hip-Hop be involved. With this type of shit, the sky’s the limit.