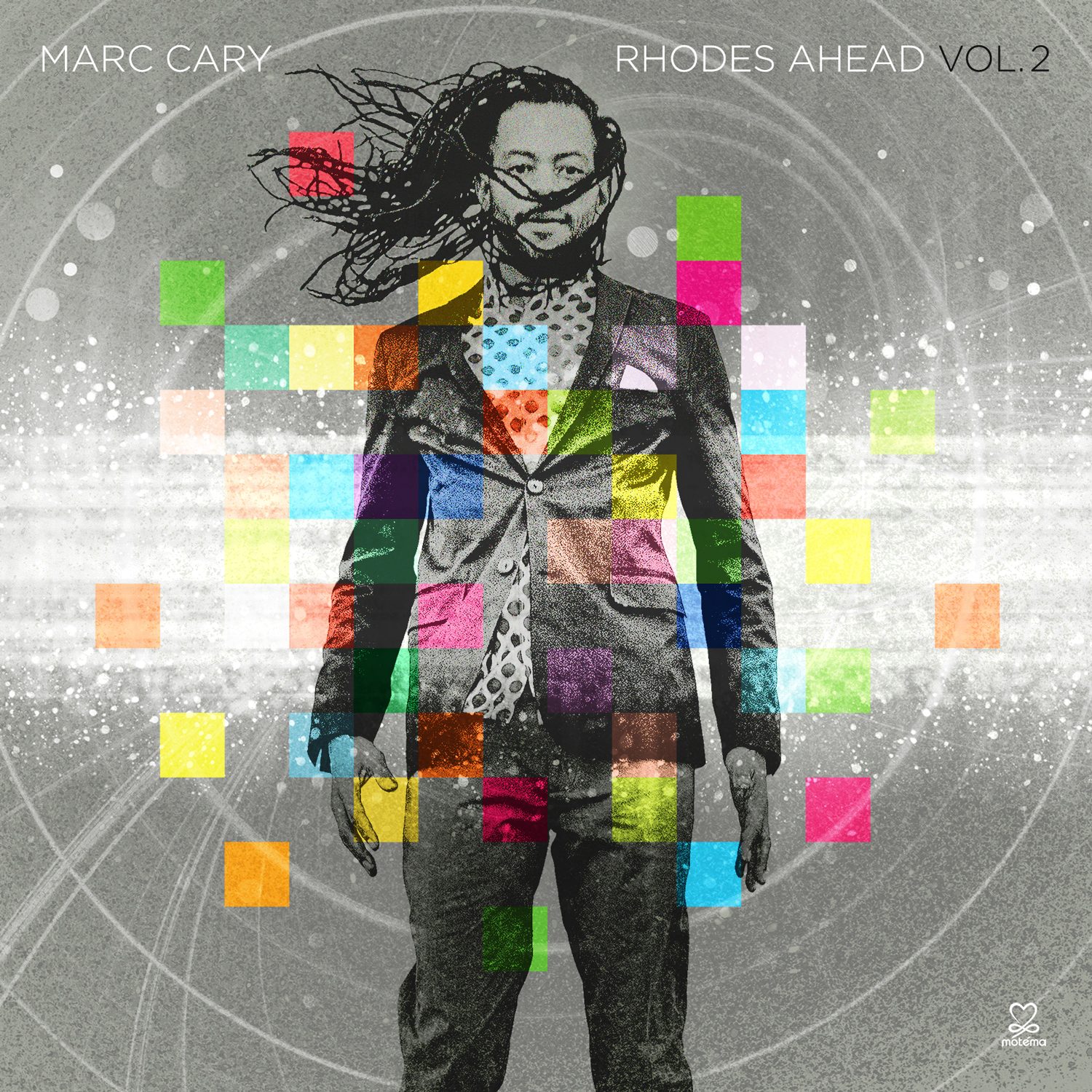 When Marc Cary dropped Rhodes Ahead, Vol. 1 in 2000, it was ahead of its time. While it flew under the radar for some – though he was recognized as the Billboard/BET Best New Jazz Artist – it set the precedent for a wave of musicians to come, each equally as anxious to play without the categorical constraints of genre.

15 years later, he’s officially revisiting those sounds and concepts with Rhodes Ahead, Vol. 2. This time, the sound is again defined by the futurism of Cary’s standout rhodes, moving further along the path less traveled, innately pulling from the worlds of hip-hop, go-go, African, Afro-Cuban, and more.

Life+Times spoke with Cary about Rhodes Ahead, Vol. 2, pioneering an era and more.

Life+Times: Why did you want to revisit the Rhodes Ahead idea now? The first one came out back in 2000…
Marc Cary: I wanted to tell a true story, but I wanted to tell a story across my development. There are certain things I started with, certain elements of music and – I hate the word genre but for lack of a better word – elements of different genres that I’ve naturally been able to pull from because of my interests. What I do on most albums, there is a song on there that is a preview to what’s coming, and the album itself is a preview to where my mind is at. At the time we did Rhodes Ahead, Vol. 1, it was a simple battle between what they call “jazz police” – these are critics who basically were gatekeepers of a time – and “young lions,” like Roy Hargrove, Mark Whitfield, Marlon Jordan, Gregory Hutchinson. My point is that, at the time I did [Rhodes Ahead, Vol. 1], it was a jump. I had been putting out records that were adventurous but they were in the genre of jazz. My whole stimulation comes from go-go, hip-hop, indigenous music, the other elements I’ve been exposed to in my life, so I jumped ahead and put this record out and it created a change within the critics, like, “Wow, Marc went totally off the beaten path.” But it still had the elements of jazz over a drum and bass and trip-hop kind of foundation still making it funky enough for people to dance. I revisited that record because it became somewhat of an underground piece. Wherever I go, people are like, “Yo man, your record is stuck in my CD player. I don’t take it out, it’s in rotation.” I realized that it actually touched people.

L+T: Have the times changed in terms of how acceptable it is to make an album like this?
MC: I’ll tell you, man, the simple answer is yes, the times have changed, and they changed when I won the award for [Billboard/BET Best New Jazz Artist in 2000]. When I put that out, it wasn’t that I wasn’t expecting to be recognized, but in a way, you’re already set up to be let down when you’re fighting against critics and people that have a microphone. In my heart, I knew what I was doing was relevant to what was happening. I was trying to let people know, “This is what my peers are doing, they just don’t have the balls to go do a record like this right now.” I wasn’t the only one doing it, I’m just the one that did the record. Me and Roy developed what he did with the RH Factor together. I gave him his first computer to start tracking, I gave him Studio Vision back in the day. He wanted to put his RH Factor record out in the early 90s, but the establishment would not let him do it. They had him deemed as a young lion. Those are my peers, but I wasn’t considered a young lion.

L+T: Describe the body of work that is Rhodes Ahead, Vol 2. then.
MC: Ok, I’ll put it to you like this: the whole record is a sonic projection of experiences and visual experiences that I’ve had. For instance, “7th Avenue North,” that’s directly derived from the light sequence if you walk up 7th Ave. in New York between 110th St. and 125th St., and beyond. I check out people’s rhythms, I can look at windshield wipers and get a vibe from that. Everything has rhythm. “Astral Flight 17” is really based on a recurring dream where I’m flying [through New York] and my feet are first. I’m in an angled position with my head up but my feet are going first. So, the overall idea was to give a sonic projection of things I see, feel and experience.

L+T: You were raised predominantly in Washington, D.C. and came up playing a lot of go-go. What have you pulled from go-go music?
MC: Go-go was what got me into music, besides the fact that I come from a musical family. The idea of enterprising yourself in D.C. as a young man came through several opportunities. You could be a paper boy, a sports cat, but you had to be something. You’ve got four quadrants in D.C.: northeast, southeast, northwest and southwest. The only way you could move around all those places is if you were a dope basketball player or you were in a go-go band or some kind of musical situation. You had a passport at that time. That was my passport to the world. What go-go could do, you could organize your group and name yourself and become a part of [go-go]. It was really very community-oriented. Each quadrant had a sound. You could play all over, but you brought your sound with you. There’s over 250 bands in D.C., and each band comes with their own version of the groove that comes from that area. What I like about go-go – and the difference between go-go and most other music – is that it’s an indigenous rhythm. D.C. is a slave port, you know. Historically, as I started to realize what was happening, it’s like New Orleans or Cuba is because it’s a slave port. The rhythm came from Duke Ellington, so it’s not new. It was codified by Chuck Brown and people like Ayre Raid, Rare Essence, etc. I grew up listening to all these bands and opening up for them. I had a band called High Integrity. I went from that to jazz because go-go and jazz swing the same freakin’ way. I love the rhythm and what I realized, if you go to Cuba, there’s that rhythm, that clave makes that thing happen. D.C. got a clave. It’s a real rhythm, like New Orleans second line. I take go-go real serious and I realize go-go has been a catalyst in a lot of ways for a lot of R&B and hip-hop-oriented hits since the beginning of hip-hop.

L+T: Based on what you’re saying, you can really get an actual history of the world and of people by studying music.
MC: Thank you, man, I appreciate you saying that! What’s happening right now, there is so much access to music you just pull it. “Oh, I like the beat.” But you’ve got to take yourself to the experience when it was being made. “Why is that so dope? What did it impact at that time? Why wasn’t that a hit? Because there’s a message in it.” I look at music, look at the timelines, who was existing, the politics, the struggles, the wars, technology used, all of that stuff is related.

L+T: All of these genres and styles of music you’re talking about – jazz, hip-hop, go-go, African, Afro-Cuban, etc. – are under the same umbrella of Black music. They’re unique, but what is it that runs through each of those? What’s the thread that makes them feel a certain way?
MC: You said it in the question. “What makes it feel?”, and that’s the question that excites the world. If you knew what made it feel that way, then you could just bottle it. The feel is the key. I’m attracted to what makes me feel, it doesn’t even have to be a certain way. If it changes the way I’m feeling, if it effects me, that’s what attracts me because I want to know why. There’s really no answer. There’s a sequence of things that are constant – it’s the rhythm. It’s not how the rhythm is related to something else, it’s just the fact that that rhythm affects people. Most of the stuff I’m attracted has a dance attached to it, there’s movement attached to it. Go-go was the thing that permeated that for me because I saw 500 people get together at one time and rock to polyrhythms. 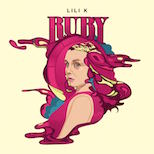