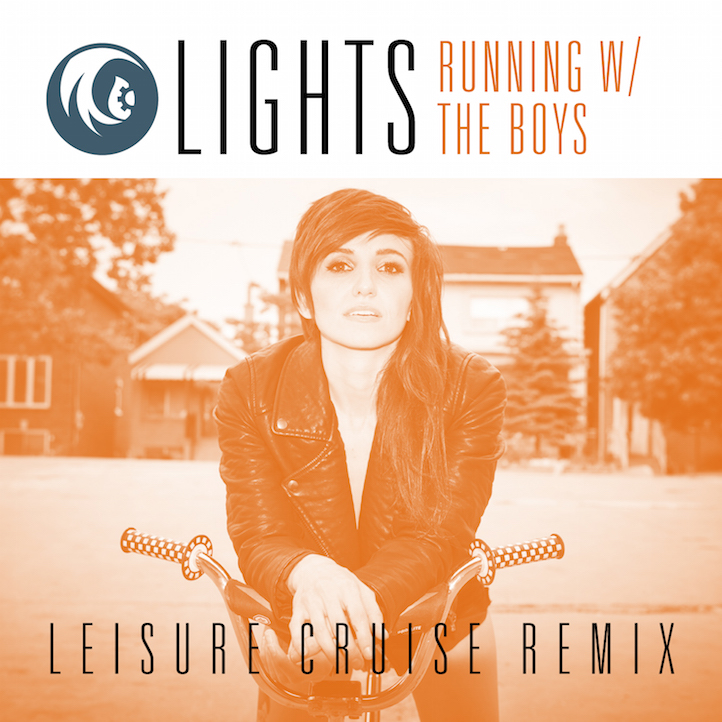 Since the age of 15, singer-songwriter LIGHTS, has showcased her fragile, yet powerful voice on four albums and countless live shows. The Juno Award-winning singer is slated to perform at this year’s Coachella Music and Film Festival. Little Machines, LIGHTS’ 2014 album, was a blend of youthful nostalgia and grit. The single, “Running with the Boys” is one of the most lighthearted of the release.

“Most of the time, my songs start with either a lyric or melody idea that I build from. That will set the tone for the production and vibe of the song and ultimately the lyric. Typically I’ll carve out the track with the melody then find the lyrics afterwards. In the case of this song, I had the phrase ‘running with the boys’ come to mind, and it reminded me of summer and youth so I wanted to build a track that could capture that feeling,” LIGHTS says.

Leisure Cruise, consisting of Dave Hodge (Broken Social Scene) and Leah Siegel, remix of LIGHTS’ playful track “Running with the Boys” is the quintessence of an addictive electro pop record – with a hint of house music’s mellow tempo.