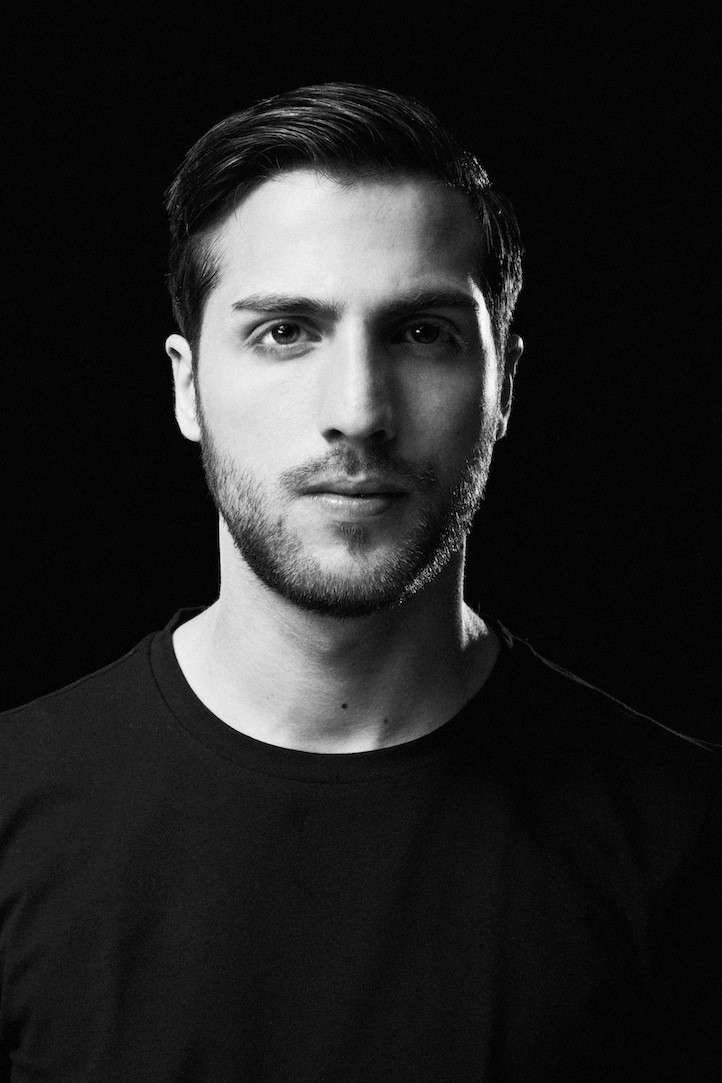 Last week, producer AN21 (Antoine Josefsson), took a break from his LA studio session to speak with me about his latest release, “Rebel.” In the course of our conversation of discussing “Rebel” – the collaborative prog house track created by AN21 along with duo Dimitri Vangelis & Wyman – AN21 emphasizes that his 2014 mission is to produce more solo tracks. In answer to my question about a potential album, he confirms that there is no plan for making an album or EP. In 2012, he and fellow producer Max Vangeli released an album together entitled People of the Night. “This year he’s (Vangeli) gonna do his own thing and I will do my own thing. Then, every once in a while we [will] get back together to do something special,” AN21 states. What that “special” release will be – only time will tell. Prior to research, I am oblivious (don’t judge me) to the fact that AN21 is the younger brother of producer and label head (Size Records and Size X), Steve Angello. What started as an act of sibling thievery (AN21 stole one of Angello’s decks when he was younger) and hobby of choice, has blossomed into a fruitful career as a producer-DJ. Thus, AN21 is a product of his environment growing up and his unique, artistic fingerprint comes from an innate love of music.

Life+Times: You and Max Vangeli have worked together often. What would you say you admire the most about him as an artist?
AN21: That’s really hard to tell actually. We have a really nice connection working together. We share the same ambition and respect each other’s opinion. Sometimes we can get really pissed at each other because one of us can be working all night on an idea and being really excited about showing the other person the day after – in that scenario he would be working on something all night [and] show it to me – and I’d say, ‘No, this is shit. Let’s start over.’ We’ve worked together for five years now, so we get used to that. We respect each other’s opinion and we share the same ambition. It’s very nice…he has his sound and I have mine. Every once in a while we get back together and create something really amazing.

L+T: Very cool. You both bring your own ideas together – I suppose it’s a learning experience for each of you. Would you say you’ve learned something new creatively by working with Max?
AN21: Yeah, of course! It’s fun to work together and with other people because everybody has different techniques, different sounds, [and] different inspirations.

L+T: I hear you stole your brother’s (Steve Angello) decks when you were younger. Each artist has their own story as to why they got involved in music. Did your brother’s career in producing and DJing influence you to get involved or was it something more?
AN21: I grew up with my brother really closely. He’s seven years older than me, so it felt naturally that I wanted to do the same thing as him because he was my role model and I looked up to him every day. I just started getting into music when I was a kid and a friend of mine – an artist – asked if I knew how to DJ because he was gonna ask me to DJ. I said ‘yes’ without knowing even how to do it. So, I had two days to learn actually how to DJ. I could only find one of his (Steve Angello) decks, so I stole that and borrowed a really shitty stand. I bought a mixer for, like, €35. It was, like, the cheapest mixer that I could find and I learned how to DJ okay in one day. (Laughs) That was my first gig experience and I was really, really nervous playing my whole set. That was the beginning of my DJing career. After that, I just knew what I wanted to do. After high school when I was 16 [or] 17, I decided instead of wasting three years of my life studying something I really don’t want to do; I want to do music. So, I get out of school and I actually asked first if I could do it. My mom and my dad was really supportive. He (AN21’s father) was like, “Yeah, of course. I didn’t go to school to do music, so it’s just natural for you to do the same.” He bought me a MacBook, Logic Express, and a pair of headphones – and said “Here you go!” That’s probably the best gift I’ve ever got in my life.

L+T: That’s a really awesome story. I never knew how you got involved, so I’m really glad you shared that. Let’s discuss ghost producing. That’s a hot topic right now and I definitely want your viewpoint. Some people are okay it and others aren’t. Do you think if an artist works with a ghost producer that it’s something to be frowned upon or do you think it’s more of a partnership?
AN21: It depends really. I’ve done ghost production for other people and whenever I’ve done it, it was all by myself. Whenever I’ve done ghostwriting it’s been I need the other artist to be with me to have to know their vision. Yeah, there’s a lot of that (ghost producing) now in the EDM industry and I think it’s a little bit sad because right now the EDM world became so big and became like a fast food industry. So every two weeks everyone’s like, “We need a new cheeseburger. I need a new Big Mac.” As soon as something big comes along, everyone just copies it. It ruins the whole sound. It destroys the soul of the dance industry, EDM, or whatever you want to call it. So I think that’s one of the reasons why some DJs – I don’t want to say the names – reach out to ghost producers because they need help finishing their music because being on tour and doing 20 shows a month it’s really hard to do music. That’s why last year [in] 2013 I released one song the whole year. I can’t work while being on tour. Now the past two months I’ve taken a lot of time off to do a lot of music. So 2014 is gonna be really intense for me music wise. I’m going to release a lot more frequently.

L+T: I’m looking forward to that! Tying in your thoughts about balancing touring and putting together new music – what helps you keep a fresh outlook on producing?
AN21: I never listen to electronic music ever when I’m not on the stage actually. I don’t listen to any house or any EDM song or whatever. I think that keeps my EDM ear really fresh. The only times I actually listen to dance records is when I’m doing my radio show or preparing a certain festival set. Other than that, I just listen to everything else. I’m not the type of guy that says that one genre is the best and everything else sucks. I like to listen to everything – it can be really cheesy pop or alternative rock or underground tech house, or techno. I think really good music is really good music. While I listen to all of that and staying away from the EDM stuff, whenever I come back into the studio or even when I’m on the road with my laptop and I decide to start working, I think by listening to all of those different genres – that I’m not currently working on – I think that inspires me to do more.

L+T: You may not want to hear this, but you sound like your brother with that last comment! I asked him a question related to genres and he told me he doesn’t listen to EDM when he’s not working on a project. He said he listens to bands and different songs. You guys are definitely kin.
AN21: Yeah, I guess we’re alike that way. I just think that whole sound – the genres- should stay in the club because that’s when I perform. If I listen to a track every single day, I don’t want to play it at night. I’ll get tired of it quickly.

L+T: It’s like eating the same food over and over. That would get old after a while. I end all of my interviews with this last question: Do you think a DJ is a musician?
AN21: I don’t think so, no. I think DJing is an art in itself being able to connect with a crowd and being able to control them without being aware of it, but I wouldn’t say that a regular DJ is a musician because for me good music is good music. You pick up a guitar, you pick up a bass, or you sit down at a drum set, and you start playing real music. I think everybody can learn how to DJ – the actual techniques. I taught an ex-girlfriend of mine in one day. She did well. The art behind DJing is really connecting with a crowd, controlling them, and knowing when they need what.

“Rebel” (released via Size Records) is out now on Beatport.